Iain Varah, has now been Chair of CLOA for almost a month…..

His first opinion column reflects on the Members Meeting in June and summarises the key points made by the excellent line-up of speakers.  You can also find out what he has been doing during his first month of tenure, who he has met and more about his priorities for CLOA.

The CLOA Members Meeting at Lilleshall although only a few weeks ago seems like months ago.  The calibre of speakers was exceptional and we heard from Lt Col Giles about the Battle Back initiative that provides sports and adventurous activities for wounded, injured and sick Service men and women. Giles asked for local government to try and help with placements and employment for service personnel having to leave the military.

Tony Butler the director of the Museum of East Anglian life described the innate qualities of his museum and the place it has in well-being. Clearly his proposition for the Happy Museum has been taken on by ACE and there are now 12 projects nationally in museums of varying sizes . They learnt that the greatest impacts are on individuals rather than organisations and that a network is more powerful than a hierarchy. Invest in skills rather than stuff was a key message.

Ufi  Ibrahim, CEO of the British Hospitality Association outlined that despite the economic environment, Hospitality continues to grow at a faster pace than any other industry. There is an ambitious target of 300,000 new jobs – they have the vacancies, but they need to engage young people.  10 events have already been held across the country generating 31,000 new jobs, apprenticeships and work placements for young people so far.  If you are interested in hosting or promoting a future event, contact Ufi.Ibrahim@bha.org.uk.

The AGM followed and Richard Hunt’s speech demonstrated the major progress in the two years of his tenure as well as the policy work and efficient administrative efficiency that Heidi Bellamy and Culture First had brought to CLOA. I accepted the Chair and briefly outlined my priorities and how I hoped Mark Allman and Diana Shelton would share the workload in their role as Vice-Chair’s.

The afternoon session featured Emma Boggis Head of Olympic and Paralympic Legacy explaining the role of Lord Coe as the Prime Ministers Legacy ambassador and the role that he was playing. She was joined my Mike Diaper Executive Director of Sport England and the eminent Andy Worthington who engaged in a question and answer session and an insight into Sport and Health in the next few years.

The day was wrapped up by our sponsors from Serco who outlined their change in emphasis and Serco’s approach to sport and community engagement. Diana Bagley Head of Community Development and Krysta Williams gave a very interesting insight into the Sport England part funded project to reach 1000 inactive people.

Presentations for all our key note speakers and papers from the Annual General Meeting are available for download here.

Since the AGM I have handed the Chair of the NCLF to the capable hands of Mark Taylor of the Museum Associations. I have met the Officers of the LGA and discussed the Culture, Tourism and Sport Board’s priorities and then attended their meeting at Elstree studios. I saw the TV studios and how small the big brother house compound was!  Who would want to spend the summer there – no thanks.

I have discussed the possible seminar options for the next Culture Tourism & Sport conference in March 14 and brought together a group of the CLOA Executive to develop the topics. I’ve met an ex CLOA Exec Member Yinnon Ezra, who is now the Libraries advisor to the Minister Ed Vaizey at the DCMS and we’ve agreed that he will meet CLOA and SCL members in the regions.

Oh and I have also done my day job – CEX at one of the biggest Leisure and Culture Trusts is a helter -skelter of the pressures of Local Government, the charity sector and commercial Leisure.  I am currently in the throes of yet another round of efficiency savings the third years’ worth of £1m. It’s the norm for the times we live and work in, but it doesn’t get any easier.

My priorities for CLOA are to grow and strengthen our regional network and to further firmly establish our place at the top table in influencing and shaping the key agencies and local & national government.  I want cCLOA to be seen as leading the sector through the next round of austerity efficiencies.  I don’t subscribe to the notion that Leisure and Culture should be a statutory service – I would rather rely on our Communities who clearly value Libraries, Parks , Allotments, Theatres , Arts  Leisure facilities and Sports having a very loud clear voice when National and Local Government suggest these services should go. 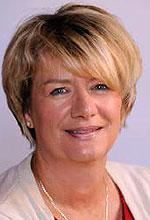 A regular update from our current Chair.

CLOA is the Professional Association for strategic leaders in public sector cultural and leisure services.

Read our latest guest blog from @mjhowcroft introducing the Feeling Towns knowledge exchange project and exploring some of the issues of researching civic pride and place identity @AndTowns will also be running online roundtables and webinars. https://cloa.org.uk/2022/05/18/whose-pride-is-it-anyway/

The National Archives Sector@UKNatArcSector·
16 May 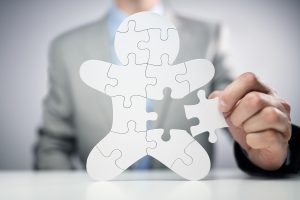 Visit us at Linkedin